Every ‘Alien’ Movie Ranked from Worst to Best

Ridley Scott is back to scare the pants off moviegoers with the latest installment in the Alien franchise, Alien: Covenant.  For years, the franchise has had a strong grip on popular culture and the horror genre.  With that in mind, let’s take a look back at the franchise as a whole and see how each movie stacks up to each other.  A spoiler alert is in effect.

I would like to give a more in-depth blurb about this film, but the film was way to dark for me to see anything of note.  Aliens vs. Predator: Requiem, other than being a stupid, stuffy title, is almost incomprehensible to watch due to the cloud of darkness that the film is always under.  This leads to all the fights (which is the only reason you’d see this movie in the first place) to be not watchable since they are basically silhouettes jumping around in the darkness.

AVP: Requiem is also full of downright horrible characters and a stupid plot that lands the two iconic monsters on Earth.  If you’re a fan of these monsters, stay away.  Please. 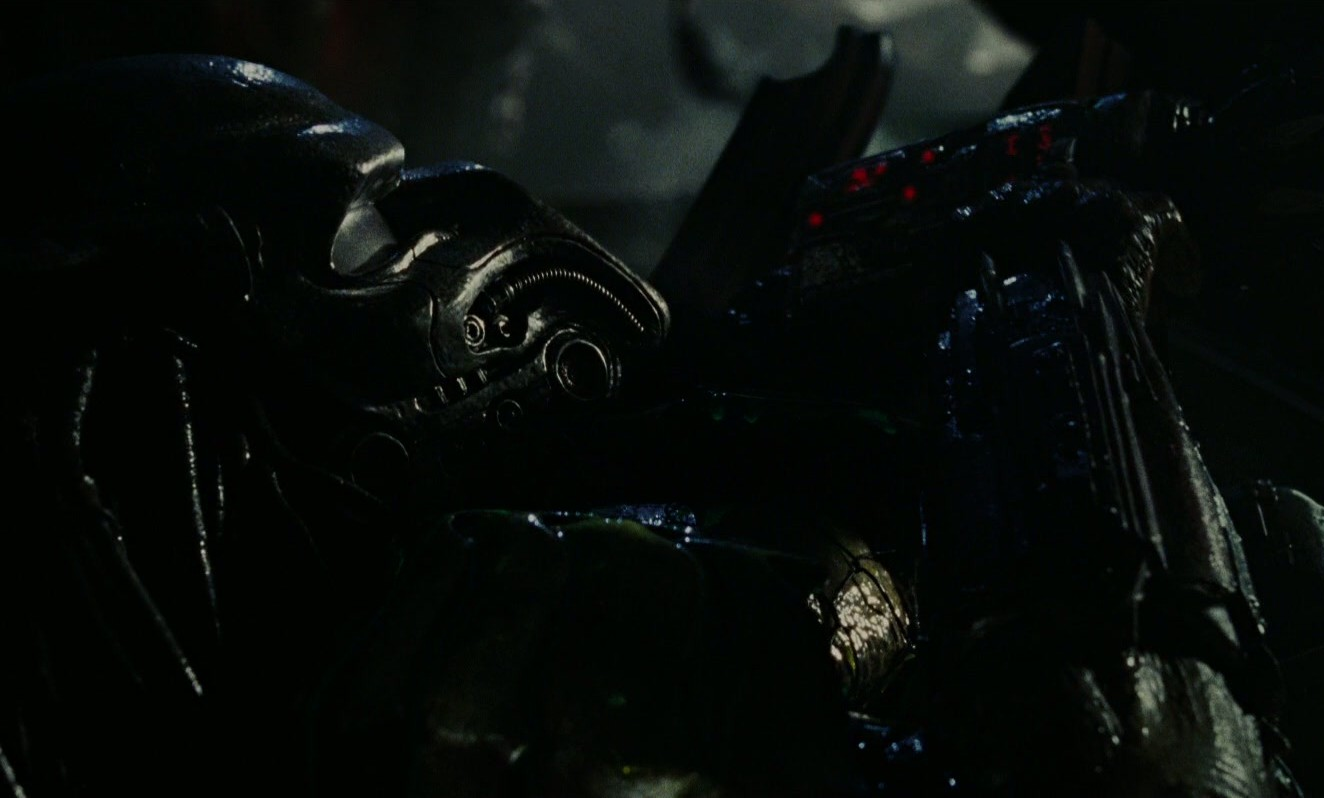 The first AVP is a wholly better film than its dreadful sequel, but that doesn’t really say much.

Filled with a contrived setup that gets the two monsters together, AVP is just a bunch of fluff surrounding less than stellar fights scenes.  The film even messes up a ton of lore setup in previous Alien films by having the film take place years before the original Alien, making us all wonder when events actually took place.

AVP also has some pretty annoying characters that bog down the story, if you can even call it a story.

image via The Mind Reels

This attempt to resurrect (see what I did there?) the Alien franchise after Alien 3 disappointed many was not a success to say the least.

I’ll give the film credit for having some interesting ideas regarding the study and evolution of Xenomorphs, but the execution of the film is certainly less than stellar.

Sigourney Weaver is pretty fantastic in the rest of the Alien films, but she is just plain weird as the clone of Ripley as she seemingly only wants to procreate with the Aliens themselves (yuck).

Plus, that Newborn Alien design is just plain awful.

I can’t really fault David Fincher for the finished product of this film as it has been well-documented as one of the worst examples of studio interference in movie history.

Forced to start shooting without a finished script, Fincher did his best, but Alien 3 has too many disjointed pieces and conflicting tones to be consider a solid film (which is probably a result of the production issues).

Sigourney Weaver and the rest of the cast do their best to salvage the final product with solid performances.  However, lackluster editing from a rushed post-production stage make a lot of characters beats seem out of place.

Production of the film was so terrible for Fincher that he seldom discusses the project to this day.

The newest installment in the Alien franchise is a visual masterpiece.  Some moments in this film will have your mouth agape with how seamlessly the film blends practical and CGI elements.  Every frame is absolutely stunning.

Michael Fassbender once again proves that he’s one of the best working directors in Hollywood with his performance in this film.  As an android, he goes to deeper levels than any other actor in the picture.  The most fascinating moments of the film are when Fassbender is on screen.  He’s easily the best performance in the film.

However, for all its treats, Alien: Covenant is pretty frustrating.  It attempts to cater to fans of Alien, Aliens, and Prometheus but doesn’t really hit any of them to a satisfying degree.  Rather than further delve into the big ideas of Prometheus, film settles for horror thrills that don’t stack up with the best in the franchise.

Prometheus has been a highly divisive film since it was released in 2012.  Many complain that it raises more questions than it answers and lacks a certain tempo.  In this critic’s humble opinion, Prometheus may be one of those films that becomes beloved and rediscovered years down the road.

There’s a lot to love about this film, most notably Michael Fassbender’s performance as an android that has less than stellar motivations.  The film is genuinely creepy with many horrific moments that is highlighted by the birth of a disgusting alien creature from Noomi Rapace’s womb via a Caesarean procedure.

Other than some really stupid character decisions and the infamous “Prometheus school of running away from things,” Ridley Scott’s prequel is a solid, solid film.

Amazingly, Ridley Scott’s original Alien has continued to remain relevant.  The film certainly has a ton of scares, but its best qualities may be how it ratchets up the tension with every scene, making you feel more claustrophobic by the second.

The best of which comes when the Alien bursts out of John Hurt’s chest.  The moment captures the real reactions of the other cast members as Ridley Scott did not tell them what was going to occur.

The film should be praised for having a strong woman lead in a time where that was practically nonexistent, especially since woman were mostly relegated to the damsel role in similar films.

In the end, Alien redefined horror and has produced many copycats since 1979.

*To read my full review of Alien, please click here.

Alien packs a twisted, understated punch, but the sequel takes the concept in a completely different direction, making one of the best action movies ever put to screen.  The practical action continues to look great to this day, not aging one bit.

However, every great sequel doesn’t just throw away what made the original so great.  James Cameron perfectly captures the essence of what made Ridley Scott’s Alien so great while adding a completely different spin to up the ante.  In a time where sequels retread the film that preceded it to an annoying degree, Aliens becomes even more impressive with age.

Thanks for reading!  How would you rank the Alien films?  Comment down below with your thoughts.

If you enjoyed this article, please feel free to subscribe to MovieBabble via email below: