Putting it lightly, the DC Extended Universe has gotten off to a bumpy start with Man of Steel, Batman V Superman: Dawn of Justice, and Suicide Squad.  However, hope springs once again with the latest installment in the universe of superhero movies, Wonder Woman!  Set to tell the origin of the mighty warrior, Wonder Woman looks to tell a completely different story than previous DCEU installments. The following review will be spoiler free.

Wonder Woman is directed by Patty Jenkins and stars Gal Gadot in the title role along with Chris Pine, Connie Nielsen, and Robin Wright.

As a young girl, Diana (Gadot) fails to understand her true power as an Amazonian Goddess.  This forces her to be trained unlike anyone before.  Hardened by battle, Diana realizes her gifts and searches for a higher calling.  This destiny comes in the form of Steve Trevor (Pine), a World War I soldier who comes to Diana’s island warning of a war “to end all wars.”  Naturally, Diana agrees to help Steve in battle as she discovers her true calling.

Contrary to the other films in the DCEU, Wonder Woman‘s production process ran as smoothly as one would hope, staying away from any type of serious studio interference.  Unlike the other films, there was never any discussion of the film being a mess.  However, while fans everywhere were relieved to hear nothing of note, many still questioned whether Wonder Woman could actually be a great film.  Considering the first three films in the DCEU were very divisive, this apprehension wasn’t completely unexpected.

That being said, Wonder Woman appeared to have all the ingredients of a great superhero film.  Every bit of marketing material has been exceptional.  Each did its part to quell fans’ nerves everywhere.  When you then add in a creative team that includes Patty Jenkins behind the camera as well Gal Gadot (who is considered to be the best part of BvS for many people) and Chris Pine in front of it, Wonder Woman seemed to be in good hands.

Did I mention the film had Chris Pine?  I mean, c’mon, this picture speaks for itself:

Contrary to many superhero movies, Wonder Woman puts the characters first and foremost.  The action is certainly neat when it happens, but easily the best part of this film is the interactions between Chris Pine’s Steve Trevor and Gal Gadot’s Wonder Woman.

These two were a match made in heaven as the leads of the film.  Not only do they both hit the mark when things need to get serious, but the two actually play very well off each other when the film turns comedic as well.  Two of the best sequences in the film are when these two are just talking to each other.  There’s no need for bomb to drop or a disposable CGI army to appear.

Although there are certainly some darker themes in Wonder Woman, both Gadot and Pine carry themselves without an ounce of cynicism.  It’s been awhile since a superhero film was purely good and wholesome.  This film has the best intentions on every single level.

Also, for those that were worried that Gal Gadot couldn’t carry a film, prepare to feel a lot better.

Too sporadically does atmosphere and score get praise for its work in a film.  In Wonder Woman‘s case, they make all the difference.

The first statement that’ll pop into your brain once the film begins is, “Ohh look, colors!”  Ditched is that drab Snyder color palette for beautiful, rich settings that coincide perfectly with the film’s tone and feel.  Although it’s not the first thing that comes to mind, sensory details are key to a film being beloved.  Patty Jenkins and Co. do a wonderful job of contrasting beautiful, rich landscapes such as the Themyscira with the bleak battlefields of World War I. 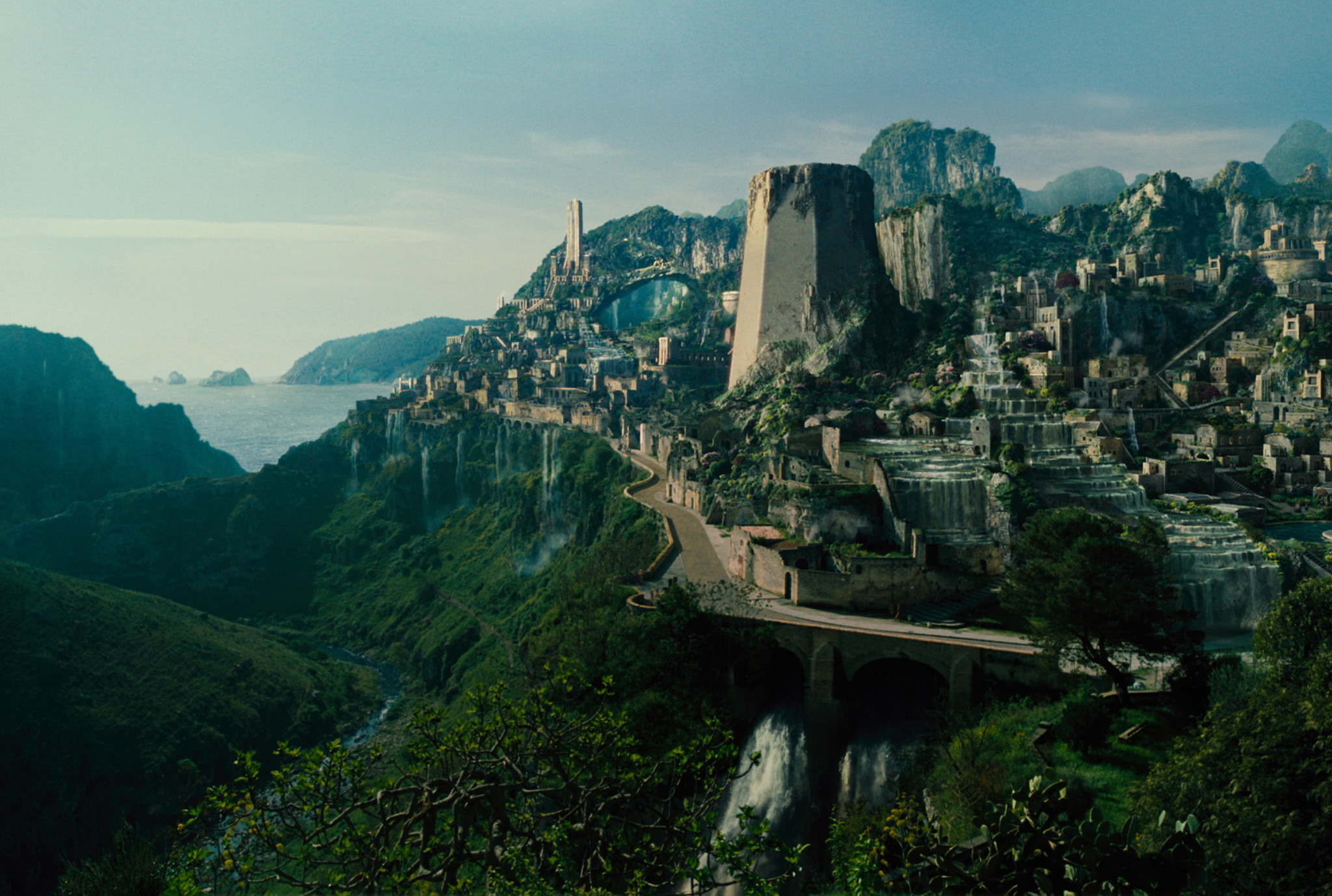 In the same vein, Wonder Woman‘s innocent nature is accented mightily by a triumphant score by composer David Buckley.  The music perfectly complements the actions on screen, giving the film an added “oomph” when necessary.  There’s a hypnotic element to the music, wrapping you up in this period piece while exposing you completely to the charming nature of the characters.  At certain moments, you can’t help but smile.

Thankfully, the score isn’t afraid to blare that fantastic guitar beat that debuted in BvS.

Although some action gets very CGI heavy, these deficiencies are masked by great themes that add another level of heart and emotion to all the great set pieces the film has to offer.  Among all the comedy, action, and drama is the idea of man’s innate goodness and how it struggles against temptation and hate.  Although humans aren’t 100% great 100% of the time, there’s still good in them, a message that a pure, naive Wonder Woman must learn the hard way.

Wonder Woman is primarily a fish-out-of-water story.  Once Diana Prince sets foot in the real world, she must discover the ambiguities of society and what truly makes someone a good person.  This leads to some major heart from Gal Gadot.  Suprisingly, there’s a ton of laughs that come from these moments.  However, unlike many films, these moments feel true and warranted given Diana’s nature.

Wonder Woman even borders on campy at times.  But, there’s always that deep rooted feel of love and grace within the film.  If you hate Wonder Woman, you’re probably very cold-hearted.

Wonder Woman is earnest, sweet, and above all else, fun.  Filled with bright colors and even brighter characters, Wonder Woman does what few superhero movies do: focus on story and character interactions.  While seeing things blow up is always neat, we always revisit films because of the characters, of which this film has many great ones.  Does it have it problems?  Absolutely.  The third act becomes quite generic.  But, nevertheless, Wonder Woman gets an A-.

Man does it feel good to hand out that grade!

If you enjoyed this article, please feel free to subscribe to MovieBabble via email.