It’s time for another installment of MovieBabble’s ideas for new films that, if done correctly, could be pretty fantastic.  For those that are new to the series, take a look at the first three segments below:

Remake of Under The Dome

The television show of Stephen King’s novel had a very intriguing premise.  A town that becomes secluded due to a mysterious dome can provide for some strange moments that raise a ton of questions.

The show started with a lot of promise, but it was clear that the show had no idea how to end the series, making it become more unwieldy and absurd by the moment.  Although he might bristle at the idea of directing a film of a known property, Darren Aronofsky might be a solid choice to helm this film.  He does a fantastic job of getting into the psyche of a character, a trait that will become even more crucial as the townspeople slowly begin to lose their minds from seclusion.

Factions of people will arise within the town, making for some fascinating drama where tension will reign supreme.

image via The Tracking Board

In this critic’s humble opinion, Amy Schumer has become a shell of her former self in recent years, acting as a caricature in recent movies.  This change is similar to Will Ferrell in his recent decline.  Not to mention that she’s received a ton of hate in recent years.

People say comedy is often the toughest trait to pull off in a movie, so movement towards a full on drama should be possible for Schumer.  She’s shown the ability before from scenes in Trainwreck, but it would certainly be fascinating to see if she can stretch that ability to the entirety of a film.  Obviously this hypothetical film wouldn’t stop her from highlighting her comedic chops in certain areas (it be silly not to), but it would be a project that would prove that the Snatched star has more range than people give her credit.

This film would be a really tough watch, but it would most certainly captivate.

There’s already a live-action retelling of the events in development at HBO with Robert De Niro set to star as Joe Paterno, but this story might work better as a documentary.  Depending on who’s cast as the despicable Jerry Sandusky, the performance of this man may be somewhat alluring in a warped point of view, similar to the fascination of characters like Hannibal Lecter or Travis Bickle. 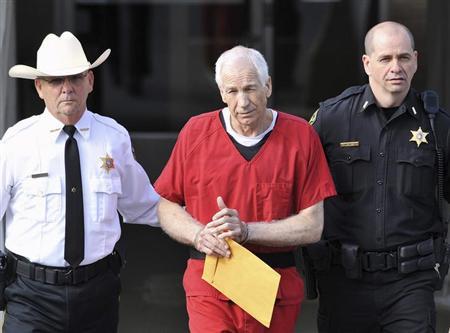 His name may be unfamiliar to most, but Sean Baker has made a name for himself on the indie circuit with smaller films like Tangerine and the upcoming The Florida Project, both of which have received amazing reviews.

Baker understands character, making the possibility of a horror movie even more fascinating.  The film would force him to exit his comfort zone of strange, yet oddly touching stories.  This film would work best as a psychological horror film.  It wouldn’t pull any punches and may even garner Oscar praise with its fully realized characters.

Edgar Wright is known for bringing relatable and incredibly touching traits to seemingly bizarre subject matter.  Because he couldn’t finish what he started with Marvel’s Ant-Man, why not switch over to DC?

Arm-Fall-Off Boy has the ability to remove his appendages and use them to fight crime.  Yes, you read that last sentence correctly.

At first glance, this idea sounds stupid, which it is.  However, Wright somehow manages to provide equally cooky characters with charm that we can’t help but love them.  Wright should be given complete control on the project since it’s not the story of an established character and also because DC is looking to experiment with films that fall outside of their extended universe.

This idea will probably never happen since Daniel Day-Lewis has recently announced that he is retiring from acting.  But, who wouldn’t sign up to see this film?

Day-Lewis is famous for incredible attention to detail and resistance to getting out of character once his films start production.  Imagine if he played an Ace Ventura type character, it may be the funniest performance ever considering his track record.  Day-Lewis would naturally only work with the best of the best in the industry, so someone like Larry David or Louis C.K. would need to write the script.  If this film were to happen, it could be one of the better comedies ever made.

Colin Trevorrow Directing a Movie with a Budget Under $5 Million

Trevorrow is down on his luck.  He was relieved of his duties as director of Star Wars: Episode 9 earlier this week.  The man has an incredibly quick rise to working with films with massive budgets, jumping from Safety Not Guaranteed to Jurassic World in the blink of an eye.  With his most recent film, The Book of Henry, leaving a bad taste in the mouths of many filmgoers, Trevorrow needs to go back to his roots.

So that he doesn’t get wrapped up in the scope of the film, it should have a budget of under $5 million so that he can focus on a tight script with great characters.  In an ideal situation, Trevorrow would link up with A24, the darling production company that currently rules the indie circuit.

Thanks for reading!  What are your thoughts on MovieBabble’s dream movie projects?  Comment down below!