Thanksgiving is right around the corner, meaning that people will gather from all areas to enjoy food…and try to avoid the grandparents that bring up politics before the turkey is even cut.  Better yet, here’s the best food movies of all-time so that you’ll have something to occupy your mind before you slip into that dreaded food coma:

Cloudy With a Chance of Meatballs won’t exactly be the deepest movie you’ve ever seen, but it’s filled with fast-paced humor and crazy, food-filled scenarios that will keep you entertained from start to finish.  Bill Hader rounds out a great cast of fun voices, providing enough zany, colorful fun for both adults and children to enjoy.  Plus, you can’t go wrong with a film that has food falling from the sky. 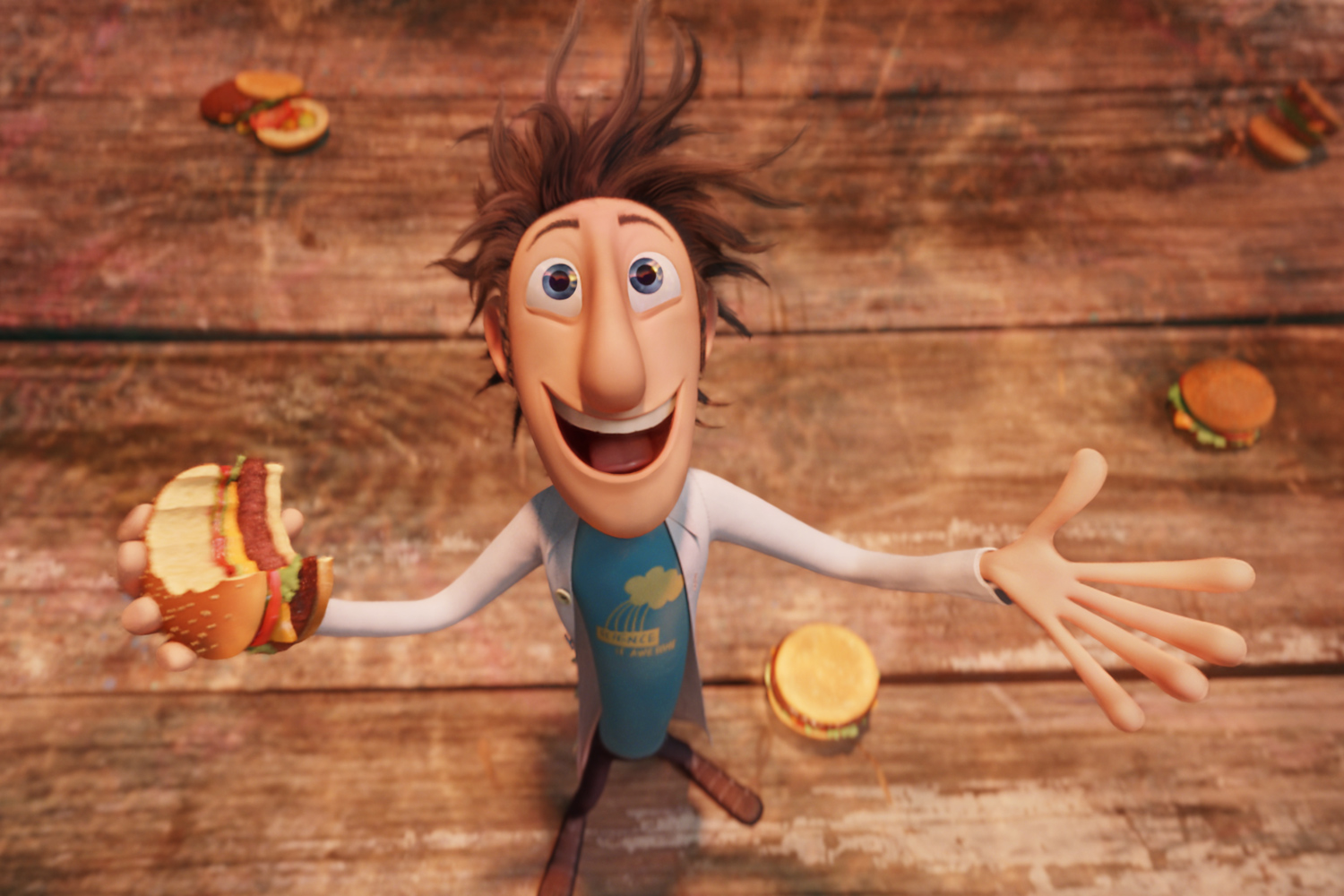 Julie and Julia isn’t exactly a film for a wide audience.  But, it’s a lovely, fluffy movie that intertwines two seemingly unrelated stories with the help of food…lots and lots of food.

Meryl Streep is lovely as always as Julia Child, diving into the character with ease.  All the French food will make your mouth water from start to finish, making up for any of the film’s shortcomings.

Well, Soylent Green might not be the most traditional pick for the best food movies of all-time.  Not by a long shot.  In fact, this choice is more of a sick joke than anything else.

That being said, the film contains great discussion of the issues that this planet may have to endure sometime soon.  While overpopulation may not to lead to (ahem) the conclusion that Soylent Green presents, the social commentary on display here will keep you thinking long after the film is over.

This adaptation of the popular Roald Dahl book works on all levels.  James and the Giant Peach captures the whimsy and twisted nature of the story with extreme care and cleverness.  The stop-motion animation style may be a turn-off to some, but it works perfectly for the quirky nature of a young British boy traveling in a giant peach with a bunch of bugs.  Let’s be honest, anything else would have been super, super weird.  It might be a stretch for consideration for the best food movies, but the term “best food movies” is certainly open to interpretation.

If you’re looking for a word to describe James and the Giant Peach, it would probably be “offbeat.”

There’s a fun duality on display in the film with chocolate, the most tempting of all foods, used as a driving force in the discussion of pleasure vs. self-denial.  Even further, Chocolat contains a lovely discussion of the importance of faith in one’s life.  All in all, this film is just a lighthearted, rewatchable film that won’t offend.

Jon Favreau can do it all!  He can make CGI tigers come to life, but he can also cook a mean pasta dish.  Chef is a great for those who want to make it on their own in the world.  Creativity is something that a lof of people lose out on, and Favreau’s misadventures in opening up his own restaurant is a lovely, if somewhat generic, ride.

If nothing else, Chef will make you head to your latest food truck for a quick bite.

Sideways may best appeal to elderly, waspy people.  Actually, we’ll take that one step forward.  Sideways does appeal best to elderly, waspy people.  However, the film is still a thoughtful, insightful look into the struggles of growing older.  Paul Giamatti and Thomas Haden Church provide a ton of comedy as the two leads, chugging more and more Pinot Noir as women flock.

Giamatti’s face in this photo says it all:

McDonald’s was never the same after Super Size Me.  The documentary shed a light on just how bad fast food was over a decade ago.  In fact, Super Size Me’s content was so damning that McDonald’s and other fast food chains changed the way they operate and serve food.  You’re lying if you said that watching a man eat nothing but McDonald’s for a month didn’t gross you out.  Not only did the the individual gain a serious amount weight, but exposed the gross manner in which McDonald’s prepares its food.

Ratatouille may be the most underrated Pixar film to date.  Not only will the film create an appetite for actual ratatouille, but it creates a lovely underdog story for an unlikely hero in Remy.  Never judge a book by its cover, folks!  That book may just turn into a culinary master of epic proportions.

However, I am still a little curious in how Remy controls Linguini.  How does grabbing his hair control his movements?  What sort of cognitive level are these two on?  We may never fathom how deep the relationship for these two goes!

image via The Cinemaholic

Was there any doubt?

Calling Willy Wonka may be a stretch considering its unbelievably scarring moments.  But nevertheless, Willy Wonka is a lovely, totally memorable ride through the splendor of fantastical sweets.  Does a movie with a chocolate river deserve the moniker of the best of the best food movies ever?  I’d answer that with a resounding yes.

The late Gene Wilder was never better than his performance in Willy Wonka.  We all miss him, but at least he left an impeccable legacy behind him.

Thanks for reading!  What do you think are the best food movies?  Comment down below!