Death of the Marvel Cinematic Universe: My Problems with the MCU

Marvel’s newest film Black Panther is shaping up to be something spectacular. With ticket pre-sales out selling all other superhero movie pre-sales and praise filled reviews coming from every side, Black Panther may just be Marvel’s most successful movie yet. But before its release I wanted to look back over the 10-year (that’s right the MCU has been going for a decade now) history of the Marvel Cinematic Universe and highlight some issues that have appeared. The following article may contain spoilers.

A Brief History of the Universe (of Marvel)

The Marvel Cinematic Universe (MCU) began with the release of the 2008 film Iron Man. At the time Marvel had been suffering heavy losses since the early 90s due to the recently burst “Comic Book Bubble.” The bubble had been the result of an increase of mainstream media attention toward comic book collecting which led to almost unprecedented sales and an incredibly healthy speculation market for the value of rare issues. To remain financially solvent, Marvel co-produced movies with other film studios such as Columbia Pictures and New Line Cinema. They also began to sell the film rights to several of their characters. However, these endeavors met with little to no financial success.

In the early 2000s Avi Arad, the head of Marvel’s film division, created the now famous Marvel Studios. The plan was to create and produce films in-house and distribute them through Paramount Pictures. However, this was not the creation of the MCU. The credit for the MCU goes to Kevin Feige, Arad’s right-hand man. Feige envisioned a shared universe for the Marvel films, much like the one created by Stan Lee and Jack Kirby in the 1960s. Thus, with the release and overwhelming success of Iron Man the MCU was born and still continues to this day.

The Current State of Affairs

As it stands we the movie going audience are currently in Phase 3 of the MCU. Phase 1 began with Iron Man and culminated with The Avengers in 2012. This phase included films such as The Incredible Hulk, Thor, and Captain America: The First Avenger. Phase 2 started with the release of Iron Man 3 in 2013 and contained films like Guardians of the Galaxy and Thor: The Dark World, before ending with Avengers: Age of Ultron in 2015. Phase 3, currently the longest phase, began in 2016 with Captain America: Civil War and is planned to end in 2019 with the release of Avengers: Infinity War Part 2.

This does not include the numerous amounts of cross promotion, including TV series, short films, and other types of media. All of which culminates in one of the largest expanses of related cinematic material that the world has ever seen.

What Works in the MCU

Believe it or not, Marvel is not the first studio to have created a cinematic universe. The title of first “cinematic universe” belongs to the Universal Monsters. The Universal Monsters were a series of horror, suspense, and science fiction films created and distributed by Universal Studios. This series began in the early 1920s and lasted all the way into the 1950s, including famous films like Frankenstein, Dracula, The Phantom of the Opera (the silent one), The Creature from the Black Lagoon, and The Invisible Man.

However, what distinguishes the MCU is that while the Universal Monsters films were loosely set in the same universe, with their only real connections being crossover films like Frankenstein Meets the Wolfman, the MCU films are incredibly tightly knit. Each one has either references to previous media or allusions to future works. This essentially forces viewers to keep abreast with events, lest they fall behind and become lost.

In addition, the MCU has almost unlimited possibilities for the types of films it can produce. One of the reasons that the Universal Monsters died out was because it essentially ran out of steam. By the late 50s films such as Abbot and Costello Meet Frankenstein showed strong indication that Universal was strapped for ideas. However, this is not the case for the MCU. Marvel has been around since the 1960s and in that time has created numerous story-lines for their comics. These story-lines are easily adjustable for film. Meaning that the MCU could conceivably run for as long as it wanted to without ever running out of new stories to produce.

A Far from Perfect Universe

Quick warning before you continue, this is where spoilers are going to start popping up (read with caution).

The MCU, while a well-produced, well marketed, and overall well-done series, is still not without its flaws. One of the largest problems that I have with the MCU is right now is that it hasn’t really changed. The MCU has been in production for a little over a decade, but there hasn’t really been anything that has had long-term and lasting effects on its universe. A lot of big events have happened over the course of the MCU’s lifetime that have affected other movies. For example, the extensive damage to New York City caused by the Avengers and the complete destruction of Sokovia led to the central conflict in Civil War. Or how Civil War ended with the Avengers divided and Captain America as a wanted criminal hiding out in Wakanda.

But at the end of the day none of these events really matter in the grand scheme. Captain America and company will emerge from hiding and reunite the Avengers to fight Thanos in Infinity War and the end of Civil War will most likely be forgotten. Hell, even the destruction of Asgard at the end of Thor: Ragnarok will probably be undone at the end of Infinity War Part 2 given the fact that the Infinity Gauntlet has both the power to rewrite reality and control time. All of these events that seem to be immediately important will most likely have no effect on the future.

Take the comic version of the Civil War story-line. It completely changed the face of the Marvel Comic Universe. It had long-lasting effects that are still felt today within the comics, and it was a story published back in 2006. This is what the MCU has the ability to do; because the films are all so closely related, it can have something occur that will echo for multiple films to come. But as it stands the MCU appears to be content with having everything wrap up neatly in the end, with actions having little to no consequence.

A Loss of the Mystique of Film

My other major problem with the MCU films is that they lack what I like to call the mystique of film. If that sounds confusing, then I’ll try my best to explain it.

One of the things that I like to most about watching movies is that you don’t know how the experience is going to turn out. Maybe it’s going to be the most incredible thing you have ever seen. Or it could be the worst film of all time. Maybe it will turn into one of those so bad its good films. Or maybe, just maybe, it will become something that you treasure forever. That is the mystique of film; that you don’t know how you will feel about a film. The only way to find out is to watch it yourself.

However, when you go to see a MCU film you go in with certain expectations. You know that you will probably enjoy it, laugh at the jokes, and overall have a good time. But over time this trend becomes incredibly boring. All of the films begin to run together after you know what you will most likely get emotionally out of it. This could theoretically lead to the death of the MCU, because audience became so jaded that they did not want to see any new Marvel films, regardless of quality.  They only real way to solve this problem would be for Marvel to mix up their formula. But this is not likely to happen. As the saying goes “if it’s not broken, don’t fix it.” Basically, if it is successful, why bother changing it?

The MCU is an undertaking that has never really been done before. It was a big risk for Marvel, but it sure paid off. The MCU is incredibly well-made, but it still has its flaws. These are just my personal problems, but I am sure there are others. What remains to be seen is that if the MCU can overcome these problems as time goes on. Will Black Panther and the next batch of films be more of the same? Or will they be bold new steps in a brave new direction? Only time will tell for sure. 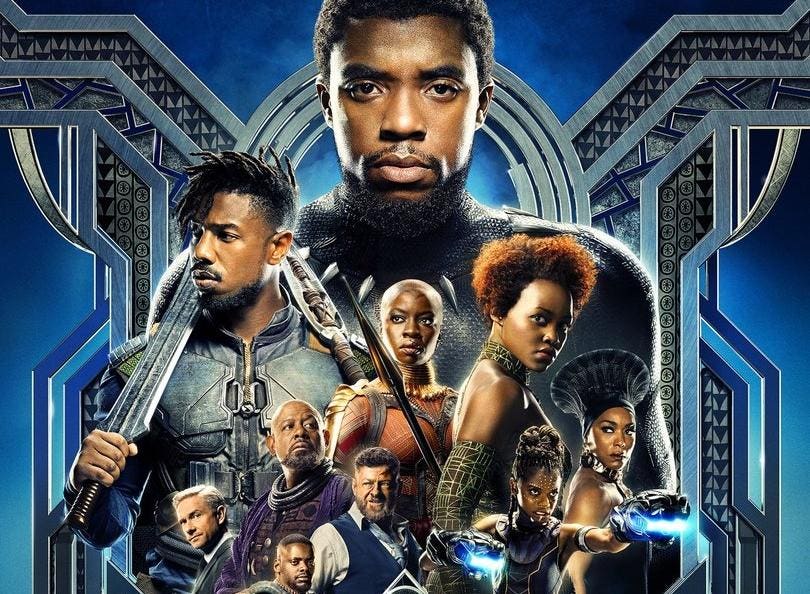 Thanks for reading!  What are your thoughts on the MCU? Comment down below!