A lot has happened in the film industry since the previous installment of the Dream Movie Project series back in January.  Black Panther released to the masses, causing everyone to praise Ryan Coogler and everyone else involved.  Also, a bunch of terrible Netflix films aired.  I guess you just can’t win ’em all.

All the news has had me wondering (as it periodically does), what are some great movie ideas to stir the pot in the film industry?  I thought long and hard and eventually whittled it down to seven ideas that are pretty wonderful (feel free to disagree in the comment section).  As Lt. Aldo Raine once said, “I think this just might be my masterpiece.”

If you’re not caught up on the previous iterations of MovieBabble’s dream movie projects, take a look at some of these:

People these days are constantly complaining that horror films are performing off of the same conventions.  Whether it be people roaming through a spooky house or a group of people lost in a forest, horror seems to consistently fail to break out into something different (most of the time).

I say why not double down on those conventions?  Only this time add a fully self-aware character that is somehow trapped in a conventional horror film.  The character could shout things like “don’t go down there!” or “a demon is in that closet!”  There’s a lot of fun here to play with this premise.  Maybe, the character even sits out a horror sequence by driving off into the distance.  Literally anything is possible.  Who knows, maybe this audience stand-in could mess with the conventional horror film so severely that it actually becomes unconventional in the end.

The meta character in this situation needs a certain snarky attitude, and who better than Chris Pratt to perform those duties.  By now, he’s the cliché, obvious pick for a lead that has a certain amount of charisma, but he would definitely be very entertaining in the role.

Another The 15:17 to Paris Directed by Someone that Works Well with Actors

Let’s be honest, The 15:17 to Paris just didn’t work.  Many are blaming the acting by the true heroes that performed in the movie as the main source of the film’s issues.  However, the real culprit is Clint Eastwood.  His failure as an actor’s director resulted in wooden performances from his trio of heroes, and the demise of the movie (the script was also pretty atrocious, but we don’t have to focus on that).

Although this reboot would never happen, it would make for an interesting experiment to see theses three individuals under different supervision.  The director choice is up to whatever producer is willing to take on the project.  Just don’t choose Clint Eastwood (or Michael Bay).

This name might seem a little foreign to some, but Timothy J. Cox is a very solid actor on the indie circuit that stands out in every project in which he’s involved.  Whether it’s a five-minute short or a feature-length film, Cox’s personality is always a favorite of mind.  Even if he plays a small part, he’s still the best part about those films.

We always complain about the reluctance of Hollywood to inject new talent into the system — and here’s its chance to make up for at least some of those wrongs.

For this particular project, I’m not picky.  Get Cox to play the comedic father in a family drama or the wise voice of reason in a coming-of-age tale.  Whatever the case, Timothy J. Cox can do it for you.  Just give him a solid script and watch him go!

Did you see Black Panther?  This one is self-explanatory.

Ryan Coogler Directing Literally Anything as Soon as Possible

At the young age of 31, Ryan Coogler has already hit three home runs with Fruitvale Station, Creed, and Black Panther.  For his next project, I just want it to get to the big screen as quickly as possible.  Many want Ryan Coogler to direct a Star Wars film while others want him to chase an Oscar.

Honestly, I don’t think he cares about serious distinctions.  His movies are about telling a story that is very personal to him.  His Oakland roots clearly had some influence on Fruitvale Station and Black Panther, and Creed also had those same touches.  He’s developed a directing voice that could turn into one of the most important voices in Hollywood if he keeps up this pace.

Regardless of the project, there’s a 100% chance it’ll include Michael B. Jordan in some manner.  Let me be the first to say that the Ryan Coogler and Michael B. Jordan duo will rank among the best in the business by the time both are finished working. 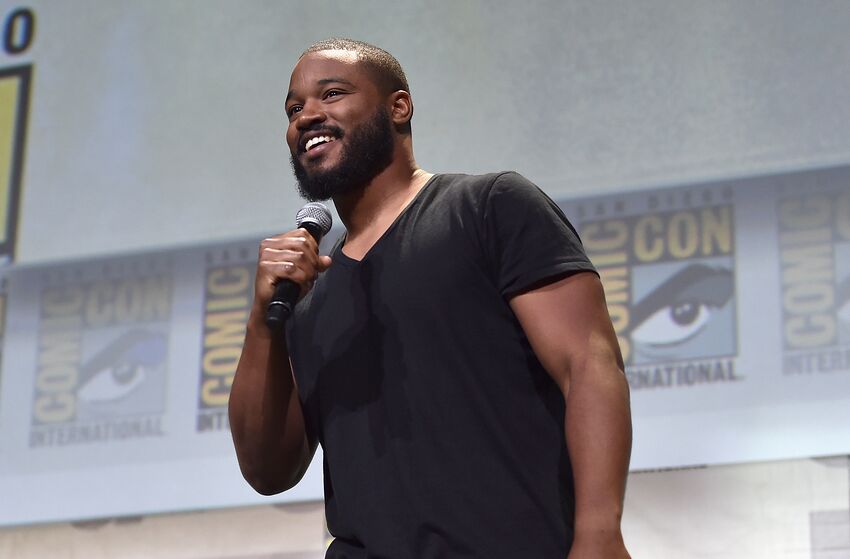 So I watched When We First Met and wrote a review where I listed all the rom-com clichés that it included in its narrative.  That list was so long that it became soul-crushing.  The romance genre needs some variety, and I want a change to come ASAP.

Like The Big Sick, someone needs to create a romance film that doesn’t fall victim to the same issues.  Be bold!  Be different!  I could care less about the particulars, just make me a rom-com that isn’t the same formula regurgitated for a new audience.

A Hard-Hitting Drama with Jennifer Lawrence in a Supporting Role

Jennifer Lawrence is a talented, fun, and beautiful human being.  But, we all have a little JLaw fatigue.  Most of her films are star vehicles, and she’s earned it by years of hard work.

But, other than the fatigue part of the equation, many complain that each performance is a version of her own personality — giving off the impression that she’s playing dress-up.

Lawrence needs to disappear and reappear into a meaty supporting role that forces her to dive into her character.  The burden will be off to carry the film, and she could even get a best supporting actress nom if in the right situation.  Not only would it be a smart career move, it could also reinvigorate the love that many have for her.

Thanks for reading!  What are your thoughts on Ryan Coogler, Black Panther, and the rest of MovieBabble’s Dream Movie Projects Part 9?  Comment down below!