March is always a strange month for film.  Overzealous studios release massive blockbusters without a built-in audience, crossing their fingers that patrons will gravitate towards them.  Also, we begin to see some indies that stirred the pot at recent festivals finally come to theaters.  Then there’s Sherlock Gnomes…(I’m already shuttering at the fact that I’ll have to watch and review a film that has a garden gnome twerking in a Borat-esque mankini).

But back to the topic at hand.  March is one of the more eclectic months of the movie calendar, so let’s see what it has in store for us, shall we?  Here’s your March 2018 movie preview with everything that you need to know:

Red Sparrow and Eli Roth’s Death Wish are the two wide releases in the first weekend of the month.  Both appear to dig in to their R-ratings, meaning that the kiddies should definitely stay at home.

For Red Sparrow, we find Jennifer Lawrence as a member of a secretive Russian force known as Sparrows that use everything at their disposal to get the job done (the trailers make sure to linger on JLaw’s body so that audiences know that sex is involved).  An American played by Joel Edgerton gets involved with Lawrence in a twisting thriller full of reveals.

Death Wish was initially supposed to release last November but was further delayed by MGM to give it the best possible chance to succeed at the box office.  At this point, any move that possibly gets MGM more money is a strong one considering their current financial situation.  Bruce Willis plays the role made famous by Charles Bronson in the 1974 original as he looks to take his own brand of justice to the streets.  Let’s just hope we don’t get another direct-to-video-action-movie performance from Bruce Willis.

Here’s a complete list of movies getting some type of release on March 2nd:

March 9th is a very crowded weekend with four wide releases as well as a buzzy indie.

Ava DuVernay’s adaptation of A Wrinkle in Time is what many are looking forward to in the month of March.  With a dynamite cast that includes people like Oprah Winfrey, Reese Witherspoon, Mindy Kaling, Zach Galifianakis, Chris Pine, Michael Pena, and Gugu Mbatha-Raw, this one could be the biggest crowd pleaser of the month.

Other moviegoers might look towards The Strangers: Prey At Night or Gringo for their entertainment, but I’ll be paying top dollar to see The Hurricane Heist.  With a schlocky premise that includes stealing $600 million during a crazy hurricane, this movie looks bonkers, stupid, and derivative, and I couldn’t be more excited for it.  It appears to channel the essence of a great B-movie, and that’s exactly what you want from a movie entitled The Hurricane Heist.

For those more inclined to see an artistic vision, Thoroughbreds is an interesting indie that has received great advanced word of mouth.  In fact, I featured it in an article discussing under the radar movies to watch out for this year. 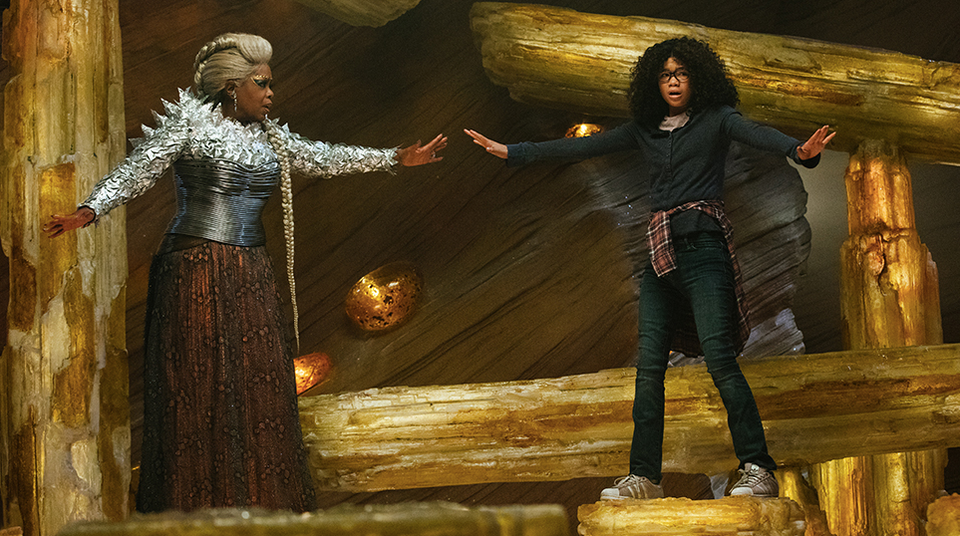 Here’s a complete list of movies getting some type of release on March 9th:

A Wrinkle in Time

The Strangers: Prey at Night

The Death of Stalin

Leaning Into the Wind: Andy Goldsworthy

Where Have You Gone, Lou DiMaggio?

The long-awaited Tomb Raider reboot with star Alicia Vikander arrives this week.  While it remains to be seen whether or not the film can put an end to the video game movie curse, it’ll at least be interesting to see a buff Vikander perform all of her own stunts.  Seriously, she put on 10-12 pounds of muscle for the role!  The film as a whole may not work, but you can count on a committed performance from Vikander.

The counterprogramming for the weekend (Love, Simon) is already getting positive word-of-mouth from critics that attended advanced screenings.  With its sweet message that everyone deserves a love story, I expect this one to do great repeat business at the box office.

Here’s a complete list of movies getting some type of release on March 16th:

I Can Only Imagine

Did you need more giant robots in your life?  Well Pacific Rim: Uprising looks to fill that void whether you need it to or not.  The follow-up to the fan-favorite that didn’t perform great at the box office continues the story with John Boyega as the lead this time around.  At least we’ll have a charismatic actor to shelter us through the chaos!

However, my attention is focused on two other films: Wes Anderson’s Isle of Dogs and Steven Soderbergh’s Unsane.  The former is the latest stop-motion animation film from the quirky director that follows a group of dogs sent to so-called “Trash Island” after a degree from a Japanese figurehead.  Naturally, a boy misses his dog that was sent to the island and the canine group decides to help him out in finding his lost friend.  The latter film is the latest experiment from Soderbergh that was shot cinematically but completely with iPhones rather than standard cameras.  It follows a woman who accidentally commits herself to psychiatric care while trying to avoid her stalker.  But, when the stalker suddenly appears at the psych ward, the woman can’t decide whether she’s actually crazy or not.

And finally, Sherlock Gnomes releases this weekend too.  Ugh.

Here’s a complete list of movies getting some type of release on March 23rd:

The Redeemed and the Dominant: Fittest on Earth

Steven Spielberg’s nostalgia trip actually gets a March 29th release, but it promises to become an entertaining thrill-ride nonetheless.  With people becoming dependent on a VR experience that allows everyone to become any character they choose, you’re bound to see some fun cameos of popular pop culture figures.  Here’s hoping that Spielberg can add his signature magic to the main story as well!

As an indie selection, look for A24’s Lean on Pete which will probably become more accessible to audiences in April when it expands into more theaters.  Following a teenager that befriends a horse (which has the name of the movie), the film depicts their journey through the Pacific Northwest as the teenager looks to find his only known relative that lives over 1,000 miles away.

Here’s a complete list of movies getting some type of release on March 30th:

God’s Not Dead: A Light in Darkness

Thanks for reading!  What are your thoughts on the March 2018 movie preview?  Comment down below!