Six of My Favorite Movies that You’ve Likely Never Seen

Everyone has those personal favorite movies that never received the credit they deserved. Sometimes we love those movies because of who we watched them with. Maybe it is the nostalgia of loving that movie as a kid. I personally love having the opportunity to give some of those unrecognized gems a little bit of recognition.

Jake Gyllenhaal stars as Captain Colter Stevens in this action-packed mind-bender from 2011. Stevens is part of a special program that essentially switches his consciousness into the body of someone who died in a train bombing earlier that day. His job is to figure out who the bomber is so that he can be caught before he attacks Chicago. He basically has the ability to live out the last 8 minutes of that poor man’s life over and over until he figures out who the bomber is.

For some reason, Source Code never gained much box office interest, as it grossed a measly $147 million globally. The movie is full of suspenseful moments and dramatic plot twists. It has a fantastic final act that leaves you absolutely baffled. I have always been a big fan of mind-bending films such as Inception, Arrival, and Shutter Island. All those films leave a lot of room for fan theories about how all the pieces fit together. Source Code is another one of those fun experiences that is sure to have you and your friends discussing the ending for hours after.

This is one of my favorite movies from all of 2017 and it is probably one of the most underappreciated masterpieces that I have ever seen. It only grossed about $45 million at the box office, but with a budget of only $11 million it was still very profitable for director Taylor Sheridan (Sicario, Hell or High Water). Set in the beautiful, snow-covered mountains of Wyoming, Wind River was probably the most visually stunning movie of 2017. It was inexplicably snubbed at The Oscars, possibly due to the movies fleeting relationship with The Weinstein Company. I thought Jeremy Renner deserved a best actor nomination for his impressive performance.

The movie brings FBI Agent Jane Banner (Elizabeth Olsen) to the Wind River Indian reserve to investigate the murder of a teenage girl who was found in the snow. Local predator hunter Cory Lambert (Renner) is brought in to help her navigate the area. It is a really emotional and raw film that is also meant to raise awareness of the improper treatment of Native American missing persons cases by our justice system.

The Lost City of Z

Starring one of my favorite up and coming actors, Charlie Hunnam, The Lost City of Z tells the true story of the disappearance of British explorer Percy Fawcett. As the story goes, Fawcett becomes obsessed with finding a lost civilization in the Brazilian jungle. He explores the region several times from 1906 to 1924 and finds several artifacts leading him to believe he is on the trail to finding El Dorado. He brings his son Jack (played by Tom Holland) along on his final expedition in 1925 and they never return.

This film was such a limited release that I couldn’t see it in any of the theaters in town. It only grossed $17 million box office but that doesn’t at all reflect the quality of the film. The acting in the movie is definitely the highlight of The Lost City of Z in my opinion. All of the leads gave great performances and that really overshadows the fact that this movie can be a little slow at times.

Netflix originals are movies too. This 2015 Netflix original is based on the 1943 French novel by Antoine de Saint-Exupery. The interesting thing about this film is that it displays two completely different types of animation throughout. The visuals are blending together seamlessly from scene-to-scene for a very aesthetically appealing experience.

I really like the tone and the mood of the film. It is truly one of those movies that leaves viewers with a smile on their face at the end. If that doesn’t draw you in then maybe the voice cast will. Jeff Bridges, Rachel McAdams, James Franco, Benicio Del Toro, Ricky Gervais, and Paul Rudd all make voice appearances. It is definitely on the long side but it is really warm and heartfelt film. I hope some of you will give it a chance.

O Brother, Where Art Thou?

This Coen brothers’ cult classic based on The Odyssey is probably the most recognized of this list of unrecognized films. It was nominated for Oscars for best screenplay and best cinematography. In general, I would say the biggest movie fans have probably watched and enjoyed O Brother, Where Art Thou?. That also happens to be the reason that it made this list. Casual moviegoers have never heard of this fantastic film and that needs to change.

In what is arguably George Clooney’s best performance, three escaped convicts try to find their way home so that Everett can make with his ex-wife and daughters. There are many different little story arcs that pop up on the way that adds to the complex roller coaster that is O Brother, Where Art Thou? — it’s also just a really a fun ride! 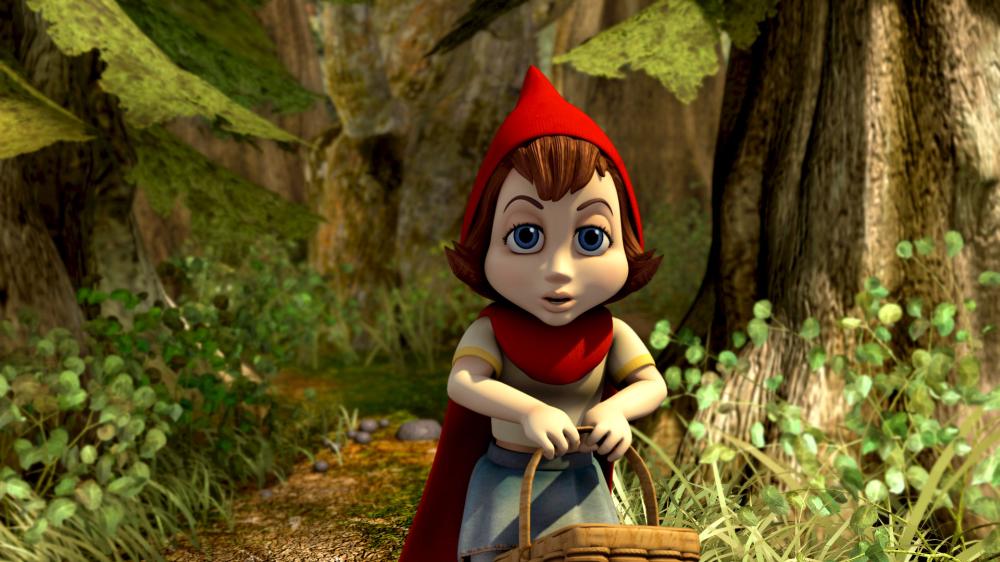 Honestly, this one is only on for nostalgia’s sake. Hookwinked!  was probably my absolute favorite movie growing up but I’ll admit that it may not be for everyone. Regardless, it’s a fun animated movie that does little red riding hood with a nice twist to it. Similar to The Little Prince, it boasts a stellar voice cast that includes Anne Hathaway, Glenn Close, Patrick Warburton, and Anthony Anderson. It was produced by Kanbar Entertainment under the ownership of The Weinstein Company. Hoodwinked! and its sequel Hoodwinked Too! Hood vs. Evil (don’t watch it, it’s pretty bad) are pretty much the only movies the studio has ever released. For this reason, it pretty much came out of nowhere to a solid box office performance of over $110 million on a budget of $8 million. Most of you are probably a little old for it now but it was definitely is a great kids movie and holds a special place in my heart.

Thanks for reading!  What are your favorite movies that most people haven’t seen? Did we miss any?  Comment down below!