The Good and the Bad of Disneytoon Studios (RIP)

In June of 2018, Disney decided to shut down all activities in Disneytoon Studios. You may be wondering, what exactly is Disneytoon Studios? Disneytoon Studios was founded as Disney MovieToons (renamed to Disneytoon Studios in 2003) in 1990 just prior to its first theatrical release DuckTales The Movie: Treasure of the Lost Lamp. The studio then started to find its niche as the producer of direct-to-video sequels of popular movies from Walt Disney Animation Studios. Some of these sequels were pretty decent while others were barely watchable. Here is a look at a few of the most memorable films, for reasons good or bad, from the terminated studio.

I had a lot of fun with this one when it came out back in 2004. It followed the 1998 release of Lion King 2: Simba’s Pride (which is basically just Romeo & Juliet with claws), but it takes place during the timeline of the original movie. This time, however, it is all about Timon and Pumba. As an 8-year-old I thought this movie was hilarious. Now in my 20s, the humor seems a little more slapstick but a lot of it still lands because of the nostalgia behind it. It explores the reasons that Timon and Pumba are both outcasts from their respective societies, and it also gives us a bit of a different perspective of Simba’s story that we all know and love.

Aladdin and the King of Thieves

This is actually the third movie in the Aladdin franchise. The original movie is one of my favorites of all time, but the direct-to-video sequel The Return of Jafar didn’t really do it for me. For some odd reason though, I actually kind of appreciate Aladdin and the King of Thieves. It has most of the original voice cast and a much more interesting storyline than the first sequel. Also, (SPOILER) Aladdin and Jasmine finally get married at the end of this one! You heard right, three full-length movies go by before their wedding actually takes place. Go figure!

Lilo & Stitch: Stitch Has a Glitch

Everyone’s favorite ball of Disney fur did well enough in 2002 to warrant a sequel. In this 2005 episode, Stitch’s batteries are starting to die out and Jumba needs to build a fusion chamber to recharge his batteries and save Stitch. The theming and music emulate the original film pretty well and that alone is enough to make it watchable. I also had a surprisingly heartfelt story of love and friendship between Stitch and Lilo. Disney Television Animation also made two more sequels, Stitch! The Movie (2003) and Leroy and Stitch (2006). I wasn’t a big fan of the former, but add in the television series and you’ve got yourself a pretty iconic Disney franchise.

This is probably the only DisneyToon Studios sequels that can actually be compared in the same light as the original. Don’t get me wrong, I am a big fan of The Emperor’s New Groove. However, Kronk’s New Groove is legitimately hilarious. Kronk, reprised by Patrick Warburton, leads us on a journey through the relationship between him and his father.  It is a fun and low commitment watch (only 72 minutes) if you can get your hands on it.

A Goofy Movie is the best of the best when it comes to Disneytoon Studios. It was released in theaters in 1995 to the tune of only $35.5 million. Since then, it has become somewhat of a cult classic among the Disney community. I have a lot of nostalgia with it but regardless I think it is a very fun watch. Honestly, I think my favorite parts of the movie have to do with Powerline and his songs. I should warn you ahead of time, they really get stuck in your head.

The Not So Much

You may be thinking, “Wait a second! I really liked Planes“.  Well good for you, but I wrote the article, so deal with it. Planes grossed a studio record at the worldwide box office of $239.3 million. Overall, I’d say that makes it a success. However, it just wasn’t good and a lot of people just paid to see it because they thought it was a Pixar sequel in the Cars universe. It makes sense because the story was exactly the same.

image via We Are Movie Geeks

So, to be honest, I haven’t actually seen this one all the way through. I saw it on Netflix, turned it on, and couldn’t make it through the first 30 minutes. The animation is significantly worse than the original, which already isn’t one of Disney’s most popular films. A lot of the voices are different as well. Simply put, it is a waste of your time.

The Little Mermaid II: Return to the Sea

You how in The Little Mermaid the story is all about how Ariel longs to be on the land? Well, The Little Mermaid II: Return to the Sea is all about how Ariel’s daughter longs to be in the sea. They both find a sea witch that is will to change them and both of them need to be saved from that sea witch at the end. It seriously felt like the writers behind this movie spent about an hour in a room together and came out with the final script. 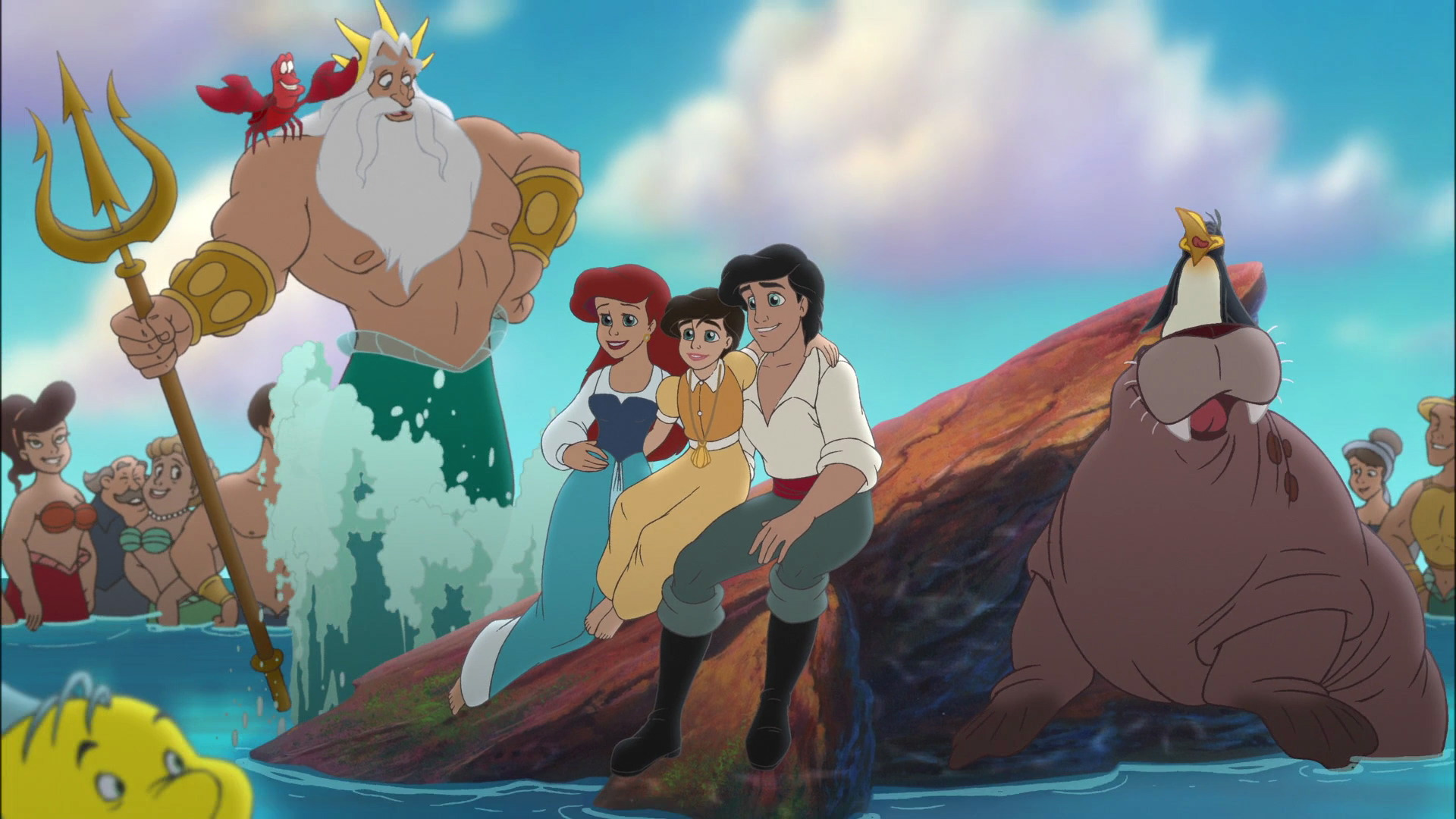 There are many other films from Disneytoon Studios that are widely considered to be terrible. Fortunately, I haven’t seen a lot of them. Cinderella II: Dreams Come True received just an 11% critic score on Rotten Tomatoes. The Hunchback of Notre Dame II is another one that was a flop. There were also a few more that I haven’t seen that were considered to be pretty solid. 101 Dalmatians II: Patch’s London Adventure received a 67% critic score which is one of the best the studio has ever received.

The last breaths of the life of Disneytoon Studios consisted of six Tinker Bell movies and Planes: Fire and Rescue. For many people, this is the first time you have heard of the third animation studio under The Mouse. I will forever remember the studio for the good movies that it made after its 25-year life-span. However, I understand that for many, it is only known for its crappy sequels. I’ll leave you to decide for yourself where you side on the matter.

Thanks for reading!  What are your thoughts on Disneytoon Studios?  Comment down below!