I’m not one to be negative, but Illumination Entertainment really takes the cake for worst film studio ever created. They create some of the cringiest content I’ve ever seen. The only film Illumination halfway did okay was The Lorax (2012), which is barely a decent film because Taylor Swift and Zac Efron are in it.

Why can’t Illumination animate a film that doesn’t make me want to gouge out my eyes? Why is Illumination such a bad film company? And, most of all, does Illumination have a chance to improve itself?

Nearly every single one of Illumination’s films relies on potty humor — the low-hanging fruit of the comedy world. They fail to garner adults’ attention when they overly cater to childish humor and refuse to make any joke that might interest someone over the age of 7.

Take the company’s first major hit: Despicable Me (2010). Though received well by critics and audiences alike, one would have to be blind not to realize that the target audience is kids. It’s evidenced by the rampant scatological humor and slapstick animation gags. The Secret Life of Pets (2016) has the same formula for making audiences laugh. Have the rabbit poop — it’ll be hilarious! Dogs sniff each others’ butts? That is way too funny!

Let me make myself clear though — there’s nothing wrong with some potty humor here and there. But when you saturate the film with it, you narrow the audience significantly. I, like many others, am someone who doesn’t particularly enjoy that type of humor, so I don’t enjoy Illumination’s films at all.

Minions Have Ruined My Life

If Illumination had begun their film career with literally anything else, my life would know peace. Unfortunately, Despicable Me is the cornerstone of Illumination’s lineup, so I have to live in a world with Minions. Yellow, blabbering, farting, burping, annoying Minions.

I’m not entirely sure who still likes Minions after all of their annoying memes, their gibberish language, their irritating noises, and an abundance of potty humor. The only people who are allowed to still like Minions are middle-aged mothers sharing Minion memes on Facebook and innocent children.

I’ll be honest, they were funny when they came out. Minions were a great example of what 2010 humor was — random and annoying. They fit right in among memes like Bad Luck Brian and Chuck Norris jokes. Now, however, they are just as out of place as those memes. They are cringey and only serve as a reminder of our past selves — something I think most people try to avoid.

It’s hard to compete with the original Dr. Seuss films like How the Grinch Stole Christmas! (1966) and Horton Hears a Who! (1970), but Illumination really doesn’t even try with its Dr. Seuss remakes. The Lorax (2012) and The Grinch (2018) are only more annoying versions of the films that came before them.

You may think that I’m just a staunch originalist, that I refuse to accept any remake of any Dr. Seuss film. Wrong! How the Grinch Stole Christmas (2000) starring Jim Carrey is perhaps one of my favorite Christmas films and I prefer this version over the 1966 version. I just simply prefer quality over whatever it is Illumination seems to be doing.

Illumination takes the original stories and waters them down so they can add their own unfunny jokes and gags. The Grinch is supposed to be cranky and reclusive, but Illumination decided to just make him mildly irritated at everything. That’s not the Grinch I know. The Grinch I know would throw a little girl down a trash chute because of the evil in his heart. Ah, the good old days.

My biggest problem with Illumination is that they’re not original with what they’re doing. Their stories are rehashed from previous, more well-known films with maybe a mundane twist or two to keep it interesting. Trying to decipher what it is dogs think about is not a new concept, no matter how much The Secret Life of Pets (2016) tries to convince us that it is.

Image via The Atlantic

The animation is not that original either. Every studio nowadays is well-versed in the art of 3D animation. Films like Zootopia (2016) and Inside Out (2015) (not a coincidence that both are Disney films) showed the world that animation had progressed significantly since Snow White and the Seven Dwarfs (1937) and even since Toy Story (1995). Despicable Me and The Secret Life of Pets really only mimicked that style without bringing anything ground-breaking to the table.

I’ll admit, this may be a bit of nitpicking on my part. After all, animation has come a long way and Illumination does know how to best utilize that animation. But I guess I’m just tired of seeing every animation studio trying to mimic what Disney does instead of going a new, creative route. Crude potty humor can’t make up for quality, no matter how much Illumination tries.

What It Means for the Future

It’s important to note that for a company that only formed in 2007, it is doing pretty well for itself. Though Illumination’s films may not be received extremely well by critics or even audiences, they still manage to make a profit and do well at the box office. While I would attribute most of this to parents taking their children to the movies, it doesn’t discount the fact that people are going to see Illumination’s films.

Yet, I hold out hope for the day that Illumination creates a masterpiece of cinema. Every film company has their moment. Every coal mine has a diamond somewhere (I made this phrase up myself, so that is why it sounds dumb and unfamiliar). Maybe Illumination just hasn’t found that diamond yet. Maybe Illumination will make a film worthy of love and devotion someday. Until that day, I will continue to avoid all Minions like the plague, since I am 100% sure that they will contribute to the downfall of our society. 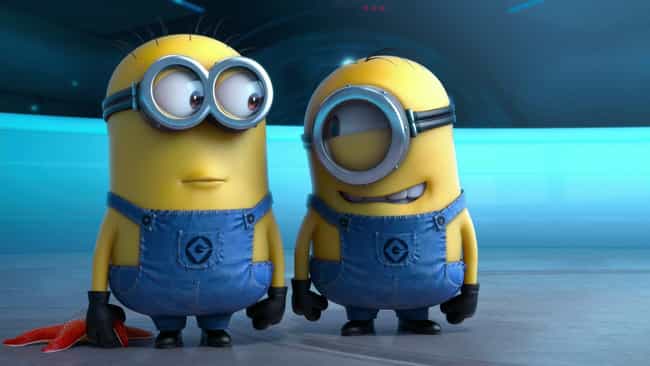 Thank you for reading! What are your thoughts on Illumination Entertainment? Comment down below!