“Last year, data surpassed oil in value!” These are the words of Brittany Kaiser, one of the people of interest within The Great Hack. In a time where almost everybody has a smartphone full of data-gathering apps, how is this data used? How aware are we of the power big tech companies hold over our lives, our countries, and the world as a whole? The trailer for The Great Hack appears rather intense but does this documentary live up to that intensity? Netflix has released a variety of less than stellar movies and documentaries recently, so how does this one compare?

The Great Hack focuses primarily on Cambridge Analytica and its role in both the 2016 U.S. Presidential elections and the U.K.’s 2016 Brexit vote. The documentary follows three main people, who while being separate from one another, are all connected via their varying involvement with Cambridge Analytica.

Professor David Carroll took on Cambridge Analytica in UK courts. His goal was simply to discover how the company had used his data. Carole Cadwalladr is a British author and investigative journalist. Her name was dragged through the mud after she attempted to uncover the truth about Cambridge Analytica. Brittany Kaiser is an ex-employee who was heavily involved in the rise of Cambridge Analytica. She was a major player in the company’s involvement with both the Ted Cruz and Donald Trump campaigns. The documentary explores how certain seemingly harmless acts can snowball into something rather intimidating. Remember that fun Facebook personality test you completed? It’s time to see how those results were used by Cambridge Analytica!

For those of you who enjoy Black Mirror, The Great Hack often feels like an unfortunately realistic episode of the show. I found myself completely lost in the documentary and certainly questioned whether deleting certain apps might be wise. The sheer reach of big tech companies forces you to feel like you’re watching Kingsman or a Bond movie, to the point that I’d expect some villain to step forward as the mastermind. Some evil genius who has turned the entire planet’s social networks into a tool for domination. However, unlike these movies, The Great Hack presents many sides of the same story, showing various motivations. There isn’t one good side and one bad side, but rather a whole spectrum of questionable morality.

Most of us have heard of the Cambridge Analytica incident. But the true depths of the scandal would perhaps have remained a mystery were it not for this Netflix documentary. It manages to present a version of events in a truly gripping manner, largely assisted by the genuine threat of these revelations. I was both shocked and terrified by some of the accusations made within this documentary.

In the beginning, The Great Hack appears to be polarizing major issues, which worried me slightly. The left and the right, pro-Brexit and remain, and Trump and Clinton. However, it quickly demonstrates that this isn’t about sides. It doesn’t matter if you voted for Trump or for Clinton. It doesn’t matter if you voted to remain in the EU or leave. What matters is the fact that big tech companies have the power to heavily influence the outcome of your county’s vote. If this matter must be divided into sides, it would be those who provide data and those who use it for unethical purposes.

While the documentary does offer multiple viewpoints, it certainly leans more towards one side than the other. However, that doesn’t stop The Great Hack from leaving you with a rather troubling possibility. What if the Cambridge Analytica scandal is being used by both Facebook and certain political parties as a scapegoat? Does it mark the beginning of a justification to reverse political and democratic decisions?

One thing the documentary seems to conclude is that there are no innocent parties as far as Cambridge Analytica is concerned. One way or another, their actions cross many boundaries and shine a light on a growing issue regarding data and social media. However, just because we’ve found and dealt with one threat, doesn’t mean that we’re out of harm’s way just yet!

Are we to believe that Cambridge Analytica is an isolated incident? When companies such as Facebook already have a vast history of using user data for unethical purposes, can we really relax simply because one company has filed for bankruptcy? These are just some of the dauting questions The Great Hack leaves viewers pondering.

One powerful aspect of this documentary, and something that goes beyond the Cambridge Analytica incident, is the nature of social media and technology. Humanity is more connected that ever before in human history. We can speak to people on the other side of the world with great ease. Our phones can translate words, sentences, and almost entire languages. We can follow the minute by minute updates of the lives of our friends and family. And yet, we’re becoming less sociable and more divided.

On the surface, The Great Hack may seem to be arguing that one man, one company, and one political side represents the “bad guys” or the “villain”. However, as it progresses, we come to the realization that morality isn’t that simple. The real world doesn’t function like a Marvel movie. Polarizing political ideologies isn’t a solution, it’s part of the problem. One that not only creates a divide, but also provides companies like Cambridge Analytica with the opportunity to deceive, and influence our behavior and actions.

The Great Hack leaves you with many questions. How many companies are using data to manipulate us right now? Should we log off the internet, toss our phones and laptops, and return to older methods of communication? Is it worth deleting all Facebook-related apps from our phones in order to limit the control that such companies have over our lives?

The Great Hack or The Great Redemption? 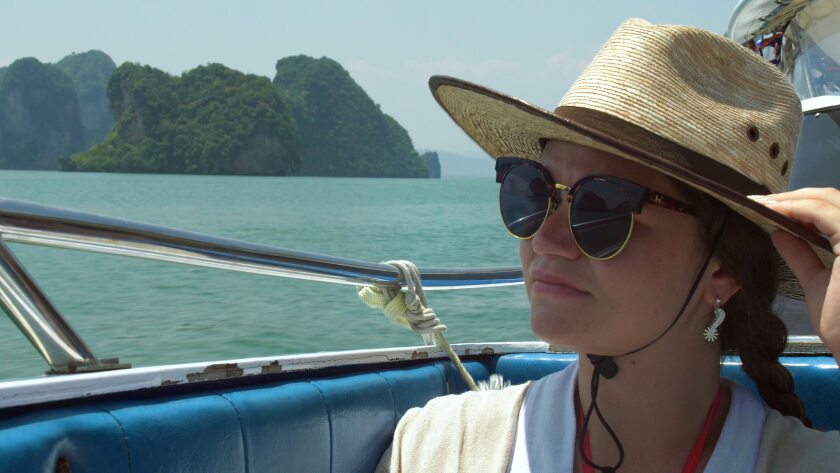 At times, The Great Hack strayed slightly too far away from the topic at hand. It spends a lot of time exploring Brittany Kaiser and her apparent re-discovered moral compass that led her to come forward. She’s a self-proclaimed whistleblower, but is that the case? While audiences are provided with enough information to suspect that Kaiser’s motivations may not be entirely selfless, random interviews with her on boats, by pools, exploring Thailand and offering to lend money to her mother who can’t afford to pay bills all felt a bit…forced.

At times, The Great Hack felt like the story of Brittany Kaiser and her attempt to find redemption. As you’ll see through watching this documentary, Kaiser is presented to audiences in a mostly neutral way. We hear her side of the story and learn information about her past and present. But this often feels like an attempt to justify her actions, rather than as an admission of guilt. After all, she was to Cambridge Analytica what Igor was to Frankenstein’s Monster! Perhaps playing an even more pivotal role than that!

image via The Geek Herald

Overall, I thoroughly enjoyed The Great Hack. At least as much as one can enjoy learning more about the terrifying power of big tech and the disturbing influence of Cambridge Analytica. There were certain choices regarding the direction and editing of the documentary that I can’t help but question. Why do we see Brittany Kaiser being interviewed on a boat and by the pool, often with loud background noise? Is this by design to make audiences question her motivations?

The Great Hack explains the discovery of the Cambridge Analytica scandal in a simple manner, one that is easy to follow. It offers different points of view, and while it certainly leads towards specific conclusions, it doesn’t force audiences to view one side as being absolute truth. This works well as it presents audiences with a larger concern. Cambridge Analytica is just one company; it’s one piece of many currently moving around the world’s board. You could say that Cambridge Analytica, in many ways, is the tip of the iceberg, or possibly even a scapegoat for a larger threat.

In the end, The Great Hack leaves you with information to consider and avenues to explore. It raises awareness of the dangerous nature of data gathering, and the dark side of social media. In a time where data has become such a valuable resource, do we need to incorporate data rights into human rights? It’s certainly something to consider!

Thank you for reading! What are your thoughts on The Great Hack? Comment down below!

Cammy Madden is a psychology graduate from Scotland. He has a passion for writing, and it's something he does as both a job and a hobby. As a freelancer, he has written content for apps, websites, and books. He also works on his own blog, contributes to others, and hopes to one day begin a career in writing. You can find him on Twitter: @BakedHaggis and on Instagram: @baked_haggis & @camswritings